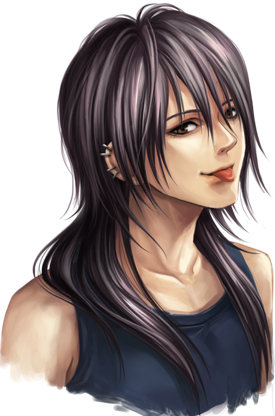 Miya is in his late twenties, but acts (and looks younger). His nature might seem a little dubious at first; promiscuous and playful, but deep down he’s seeking for something more serious.

Miya has a big heart, and always goes to great lengths for his friends. By nature he’s curious, so he loves hearing people’s secrets, but respects their privacy and might even seem cold at times.

He's quite ditzy, and is what might be described as a hot mess – rather, he is a very messy person.

In their circle of friends, Miya is one of the most outstanding; witty and chatty. He often resorts to calling people things like "honey" or "sweetie" when he's drunk, which can be quite often, as Miya isn’t one to turn down a bit of fun.

He might seem vain, but when he’s in the comfort of his own home, Miya resumes his role as a complete slob; sweats and tank tops are his favorite house-wear.